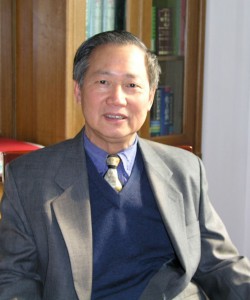 It is my honor to be chosen as the president of ISSLR, with Egor Zadereev as the vice-president, Bindi Datson as the treasurer, Aharon Oren as the editor, Lucila Castro as the youth member of the board; the members-at-large are Naser Agh, Peri Coleman, Tianlong Deng, Fanjing Kong, Nickolai Shadrin and Jeff Thornton.

I have been paying close attention to the growth of the society since I attended the fifth International Conference on Salt Lake Research in 1991, when I became a member of the Society. Here I am very thankful for Bill Williams and other colleagues, who made great efforts so that we now have an international organization for salt lake researches. I would also like to express my sincere gratitude to Professor Oren, the immediate past president and other previous presidents, who made indelible contributions for the Society.

Salt lakes are widely distributed in arid and semi-arid areas of the world, and these salt lakes have provided human beings with rich mineral and biological resources, as well as ecological landscape. With the development of material, energy, information and planetary sciences in the 21st century, a new opportunity in the salt lake research field has come — the research, development and utilization of the salt lake and salt system are of bright prospects. In view of that, we need to study this important salt system by expanding the relevant research fields, on the basis of traditional salt lake research, and from the angle of holistic view and system theory.

It is known to us that the character of the salt lake lies in its comprehensiveness, so its research work needs multidisciplinary approach, and that makes academic exchange and co-operation particularly important. For this our Society should make greater efforts to attract more and more researchers coming from different countries and regions for collaborative interaction. And that will also largely enhance the influence of the Society.

Finally, I promise that, with the help of other board members, I will do what I can, to promote the level of salt lake research, and to expand the Society’s influence.