The 14th International Conference on Salt Lake Research was held online during 18-22 October, being hosted from Murcia, Spain. The conference was organized by the International Society for Salt Lake Research (ISSLR) together with the Institute of Saltscapes and Salt Heritage (IPAISAL), an NGO devoted to the research and dissemination of saltscapes based in Spain. Technical support was provided from BIOCYMA S.L., a consultancy firm form Murcia specialized in environmental management, with extensive experience in saltscapes.

The conference was initially planned to be held in the autumn of 2020, but the travel restrictions imposed by the covid-19 pandemic advised to postpone it one year. Alas, the situation had not improved much in the following months and the local organization committee agreed with the ISSLR board to keep the new dates but hold the conference online. Unfortunately, this did not allow us to meet in person and enjoy the perks of social life during the conference. It was not possible to offer the traditional mid-conference field trip or the post-conference trips, which were planned to showcase some of the most relevant saltscapes of the SE of the Iberian Peninsula.

The conference was attended by 203 scientists from ten different countries, as well as representatives from several local NGOs and conservation projects. The topics covered by presented were very broad, such as geology, physical geography, chemistry, biology, ecology, microbiology… but also conservation, management, and heritage.

Moving the ICSLR conference series online for the first time was an organizational challenge that raised questions about the feasibility to have delegates from all over the world transmitting their work at the same time via internet and doing so from different time zones. Fortunately, this was well solved by the Secretariat and the IT company contracted to provide adequate telecommunications. The participants had to follow time slots that were not always convenient to them, but this seemed to be not to be much of a problem and we therefore would like to thank them for their flexibility. In addition, poster presentations were done in the format of short communications, which allowed their authors to have better outreach than is usual the case for this format.

Being online created an additional difficulty for scientific discussion and creating common grounds for collaboration among participants through (in-)formal encounters, that are common in face-to-face conferences. Of course, in a live setting this would have been much easier, but nevertheless, contacts and ideas for future research have been exchanged, both individually as at institutional scale.

Although participants have missed the opportunity to enjoy visiting the sites that had been selected for the mid- and post-conference field trips, as well as the heritage and gastronomy of the region of Murcia, holding the conference online allowed the participation of a higher number of delegates. 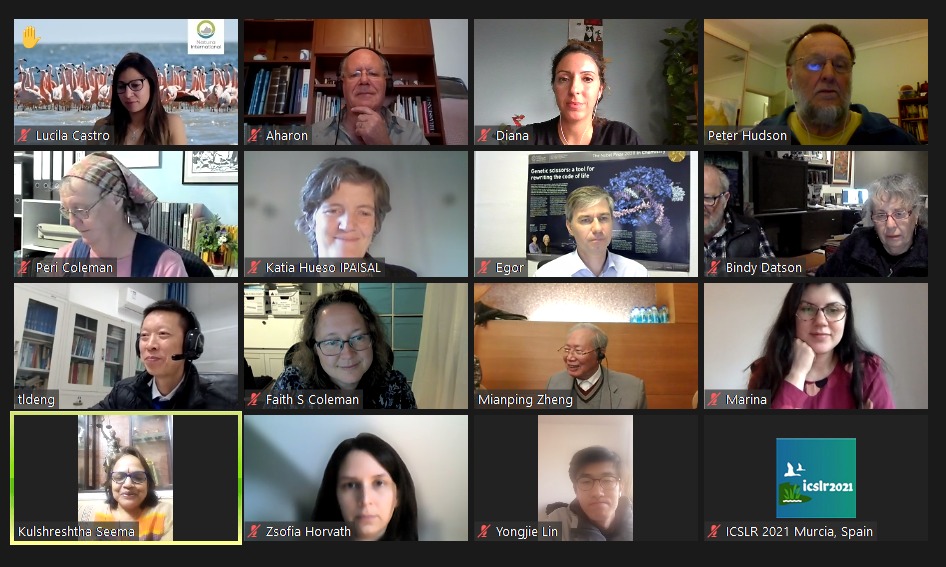 In general, the idea is to return to a face-to-face format as soon as possible, but the online conference can be considered a success, and this option will always remain available when needed.

Mianping Zheng (China) opened the conference with an overview of the most relevant activities of the society in the last four years, which include the publication of the manual “Introduction to Salt Lake Sciences”. Professor Zheng also reviewed the concept of Salinology and suggested the importance of creating a future Salinology Institute that would contribute to a permanent effort towards the knowledge and conservation of saline lakes worldwide.

Francisco Robledano (Spain) presented his views on ecosystem services of salt lakes and saltscapes, obtained from many different examples in the SE of Spain. Despite their values, these sites are under threat of agricultural intensification, urban sprawl and land use change. However, good practices and successful examples of saltscape recovery were also shown.

Lucila Castro (Argentina) presented the natural values and conservation challenges suffered by the Mar Chiquita Lake (Argentina), one of the past venues of the ISSLR conference series, now to be declared a national park. The synergies between local organizations and administrations seem to have been key in the success that led to this declaration.

Antonio Camacho (Spain) discussed the biogeochemistry of saline lakes in relation to climate change mitigation. More specifically, he reviewed the link between greenhouse gas emissions, notably carbon balances and methane emissions, and conservation status of saline wetlands, both coastal as inland, using microbiota as indicators, and indicated how these aspects can contribute to a better saline lake management.

Meryem Beclioğlu (Turkey) showed a very thorough review of the structure and diversity of trophic networks in inland saline lakes across the world as compared to salinity. In general, it is observed that food webs become thinner as salinity increases. A similar pattern is shown in coastal and brackish lagoons. She went into further detail on the evolution of food webs in Turkish and Kazakh saline lakes. These works are especially important in the light of climate change and expected salinization of (freshwater) lakes.

As usual, the ISSLR is supporting young scientists by providing awards to best papers, whose authors are then invited to present a plenary talk during the upcoming conference. This year’s winners of the Best Paper Award were:

Also, young scientists can compete for the Bill Williams Award for the best oral and/or poster presentation. The winners of this conference were:

In addition, the Salinolgy awards for poster and oral awards were sponsored by professor Miamping Zheng. 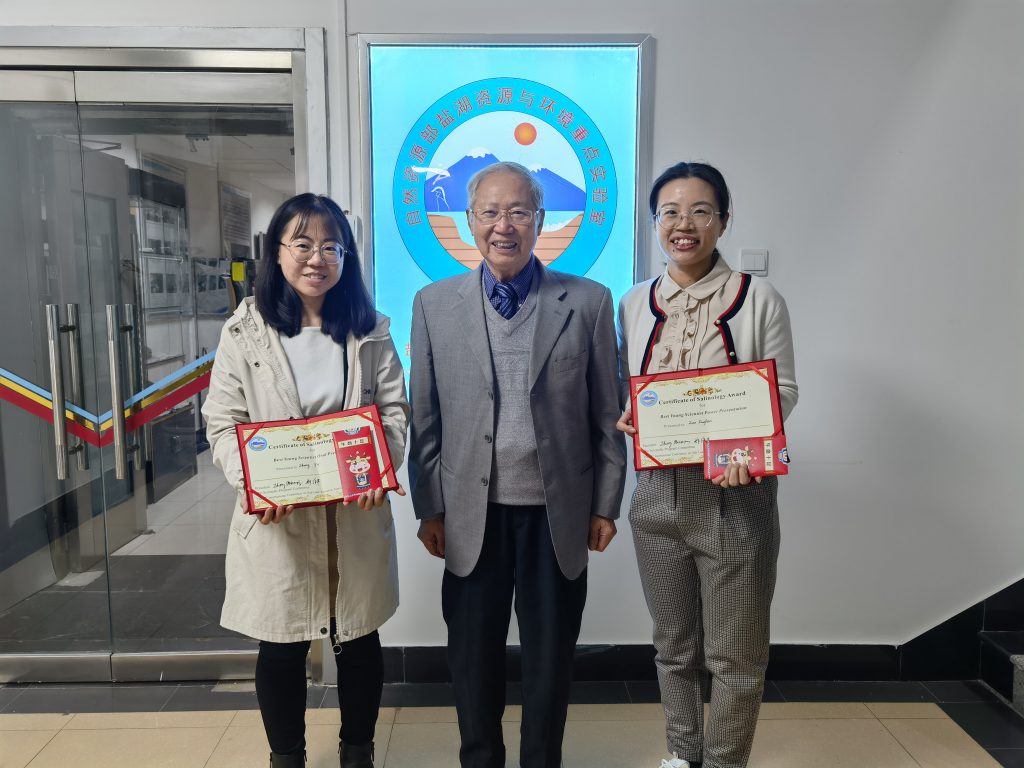 Salinology awards were given to:

Program of the Conference